The aircraft carrier Yorktown, now moored in Charleston harbor, is the fourth US Navy ship to bear that name and the second aircraft carrier.  The third Yorktown (CV-5) fought in the Battle of the Coral Sea and was later sunk by the Japanese at the conclusion of the battle of Midway in June 1942.  The present Yorktown, one of the new 27,000-ton displacement Essex Class carriers, was laid down on December 1, 1941 at Newport News as the future Bon Homme Richard, and then renamed on September 26th.  The name change is somewhat ironic because not a single vessel of the Continental Navy participated in the Battle of Yorktown in 1781, while John Paul Jones had won fame and glory as captain of the Bon Homme Richard three years earlier. (A later Essex Class hull received the name Bon Homme Richard.)  That aside, the first lady, Eleanor Roosevelt, sponsored both Yorktowns.

Launched on the January 21, 1943, the newest Yorktown deployed to the Pacific as soon as her sea trials were completed and from that time on participated in virtually every important campaign in the Central Pacific campaign.  Her aircraft flew sorties in both the Gilbert and Marshall Island offensives.  During the “Marianas Turkey Shoot” in June 1944, her pilots splashed 37 Japanese aircraft on the first day.  Her aircraft flew in support of the landings at Leyte Gulf, and later bombed Chichi Jima and Iwo Jima.  Off Okinawa, Yorktown took a bomb hit on her signal bridge that killed five and wounded 26 of her crew.  Unfazed, her air squadrons attacked the Japanese super battleship Yamato and later provided air cover for the American forces occupying Japan.

During the post-war years she was in fleet reserve until 1953 when she was again placed in full commission, too late to participate in the Korean Conflict.  In the mid-50s, she was converted to a canted deck configuration and then reclassified as an ASW (antisubmarine warfare) carrier (CVS-10).  Yorktown deployed off Vietnam in 1964-65 and later spent three extended tours on Yankee Station providing ASW cover and sea-air rescue aid to the newer carriers of TF 77.

She was decommissioned on June 27, 1970 and struck from the Navy List three years later.  At that time the Navy donated her to the Patriot’s Point Development Authority of Charleston, South Carolina. She was dedicated as a memorial on October 13, 1975.

Yorktown earned 11 battle stars and a Presidential Unit Citation in World War II; she received an additional five battle stars for her Vietnam service.  Despite her canted deck, she also served as a filming platform for the movie “Tora! Tora! Tora!” (1970). 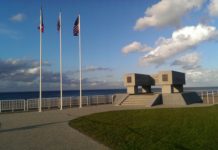 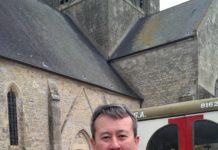 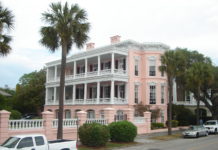 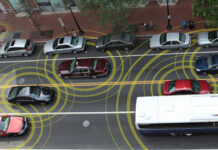